Obesity and the Workplace

Obesity affects people in the workplace.

Whether it is from a financial standpoint, the time commitment, or a liability point of view, obesity limits people’s success at work in all aspects of their job. Obesity and the workplace are now interrelated as never before. 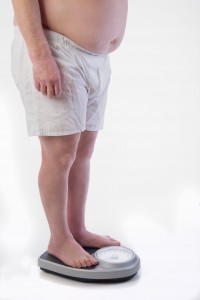 According to Johnathan Borak of the Oxford Journal, people with obesity-related diseases incur huge costs in caring for and treating their illnesses. The health care costs incurred over their lifetime are greater than those attributable to drinking, smoking, and poverty. Based on the analyses of the 2006 Medical Expenditure Panel Survey, a representative sampling of the national population, the annual obesity-related medical costs in America were approximately $86 billion, $30 billion of which were being spent by full-time employed adults. As well, the per capita medical expenditures increased as BMI increased, from $148 in moderately overweight people up to an astonishing $2395 in people who were morbidly obese. As people grow heavier, the per capita medical costs drastically increase, meaning that obesity is not only costing people their health, but also their hard-earned dollars. Irony lies in the fact that obesity is more costly to people, but also limits the time to which people can commit to working given their health restraints.

Obesity adversely affects workplace costs in two ways; it decreases the productivity of workers and increases the need for these workers to have disability management and support services. In regards to productivity, according to the Oxford Journal, significantly increased rates of absenteeism, days out of work, are associated with obesity. As well, substantially increased presenteeism, going to work while ill, causes significant decreased productivity at work and also is seen more frequently in obese people. Due to the adverse health effects of obesity, workers have to take more sick days and have longer sick leaves when issues arise, creating major drops in productivity compared to that of non-obese workers. According to the National Center for Biotechnology Information (NCBI), the costs to employers of obesity-related presenteeism are even larger than the direct costs of those workers’ medical care. Thus, obesity puts a financial burden on the obese person as well as the employer or company.

As people continue trying to push the limits of their obesity-related health issues on a daily basis, their bodies get worn down. The pressure put on people’s backs, joints, and feet from being overweight, along with all of the medical diseases associated with obesity, limits them and makes them much more vulnerable to injury. It weighs them down and keeps them from performing how they want to perform on a daily basis. In the workplace, it obliges employees to take more frequent breaks and miss days because of obesity-related illnesses or injuries. People are limited from being the worker they know they can be. Thus, considering starting a weight loss journey via surgery such as the gastric sleeve surgery performed at New You Sleeve will not only lead to improved health, but also to improved productivity in the workplace.-Jamie Clarke